Midtown Jing An is a business hub for international and domestic companies. The client has invited Tania Willis, the U.K. artist to collaborate. The 3 commissioned artworks designed by Tania in the U.K. were hand-painted in HK with professional mural painters and then sent to Shanghai for installation in August 2020. The hoarding was cut and reframed into smaller paintings to be displayed permanently in the lobbies of the 4 buildings. It is a tailor-made three-city collaboration with a travel ban during the COVID time. A short video documentation filmed in 3 cities.

The project is also a Carbon Neutral Project. A sustainability report and comprehensive footprint analysis of the project is carried out, analysing all material and energy use. The carbon footprint of the project once calculated is offset by planting trees, location to be confirmed in the later stage. This hoarding is hand-painted using an Italian paint Airlite that that Purifies the Air. Airlite is a revolutionary 100% natural technology. Airlite is unique because it is the first technology designed and developed exclusively to improve the air quality inside and outside people’s homes and living spaces. Applying Airlite on an area of 100 square meters reduces air pollution in the same way as planting 100 square metres of forest, it is to improve the people’s wellbeing with the space in which we live and work.

Image Courtesy of Midtown Jing An 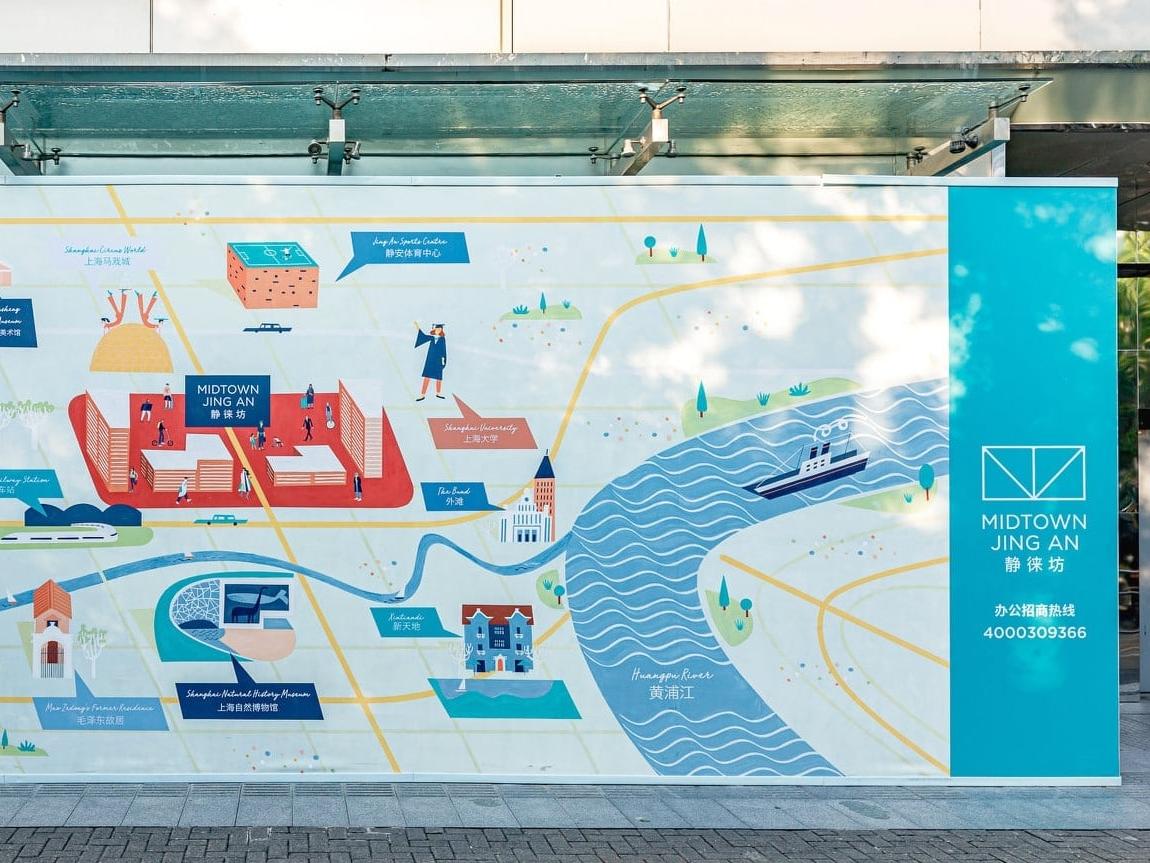 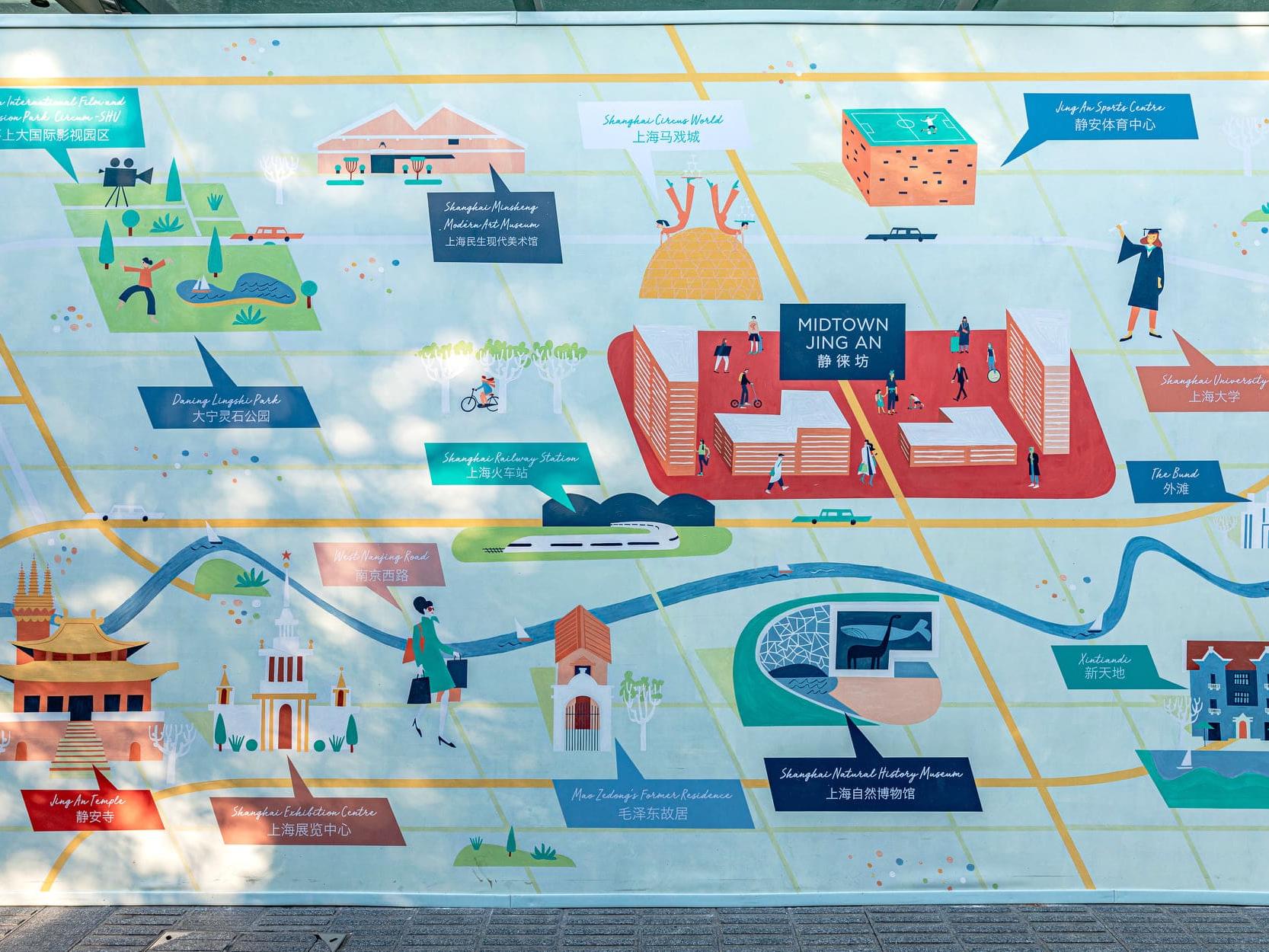 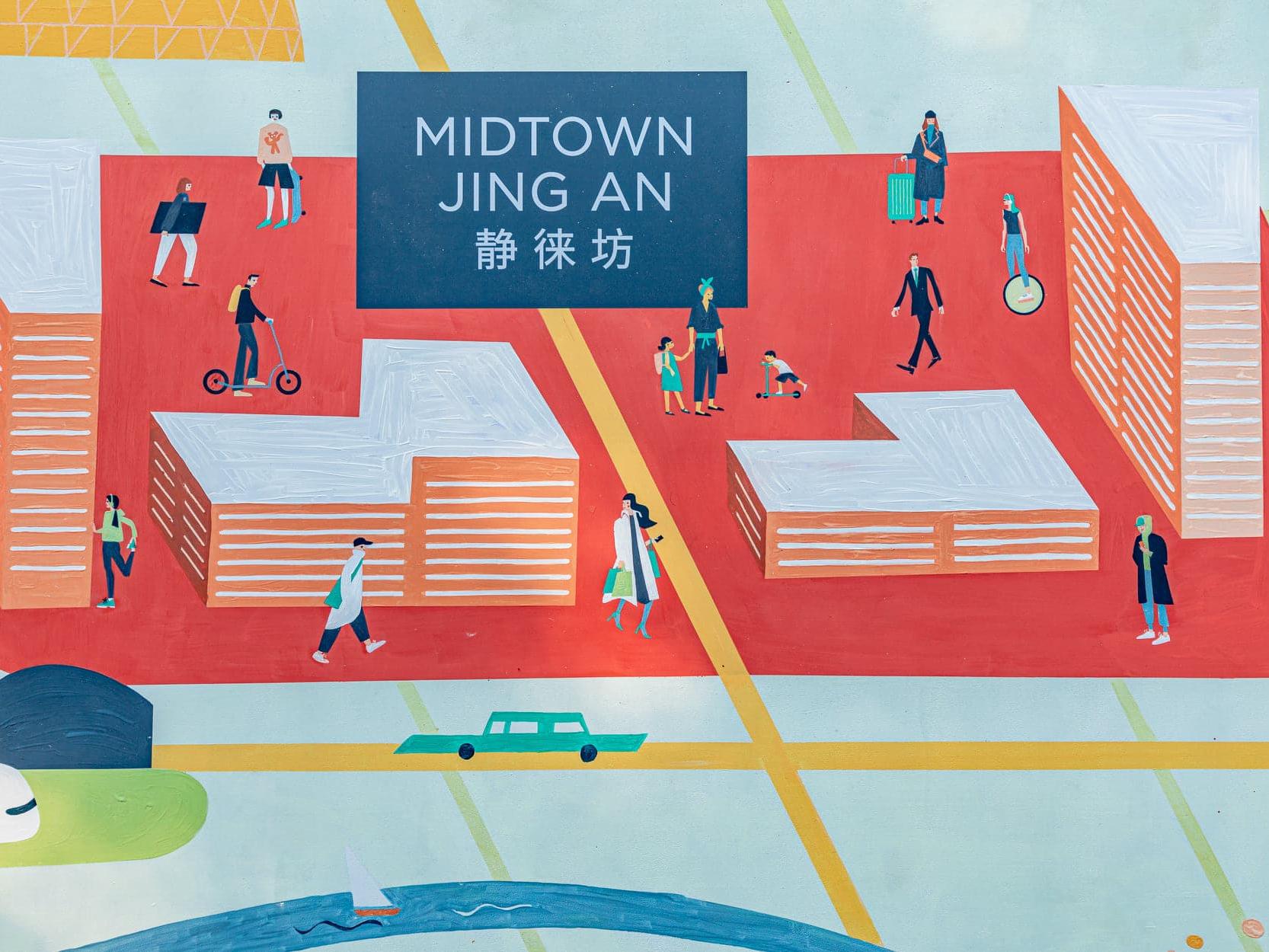 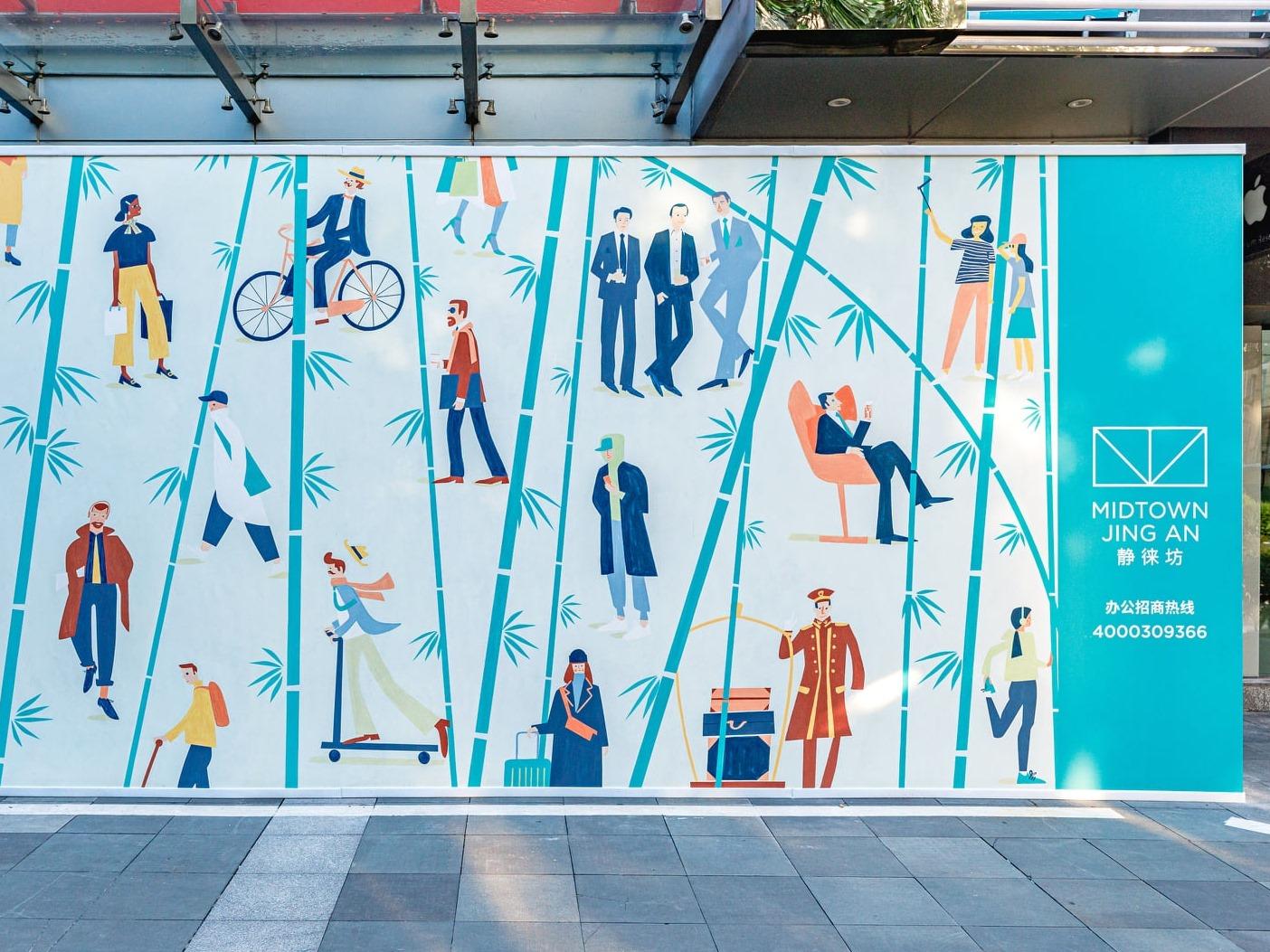 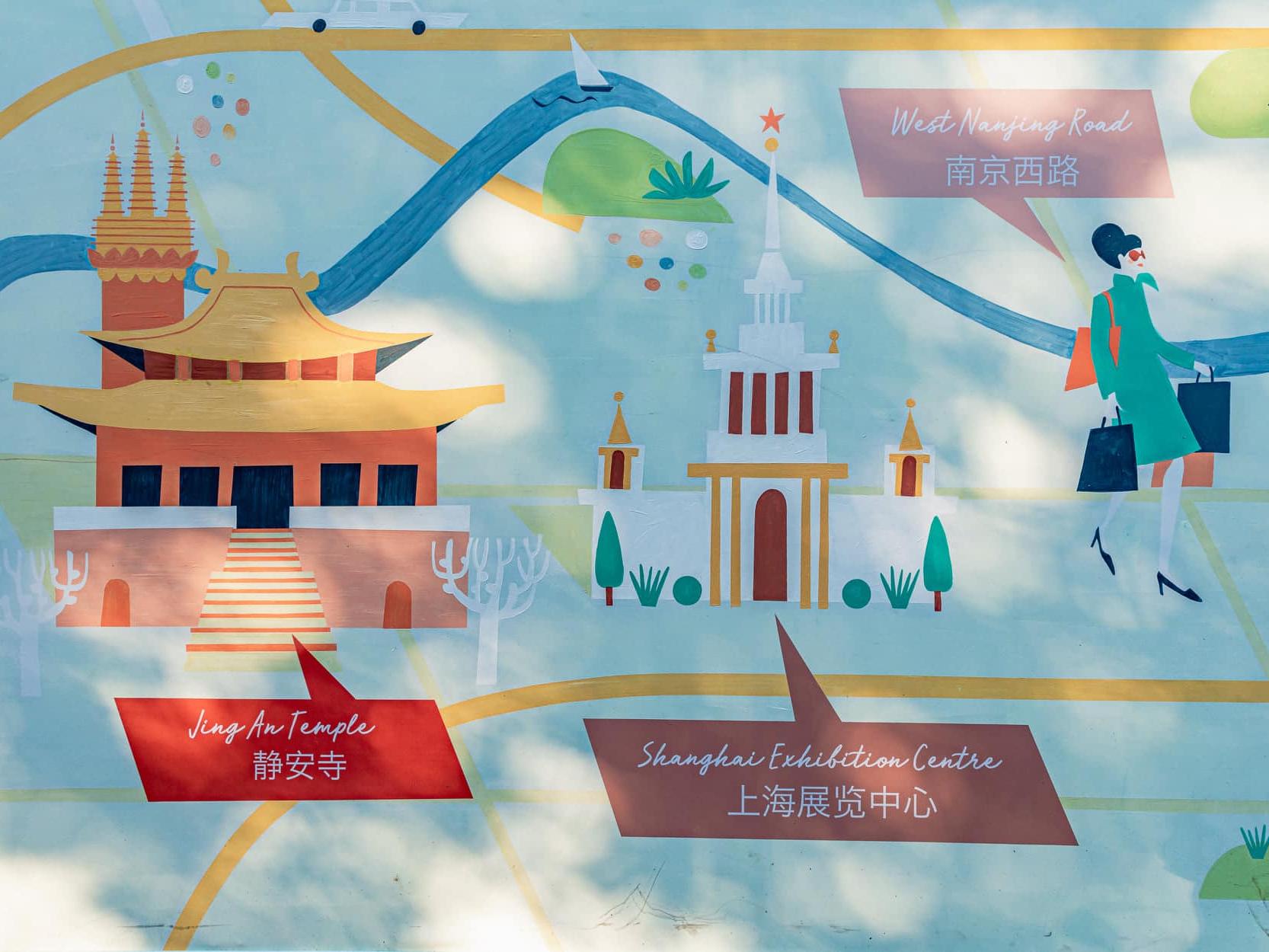 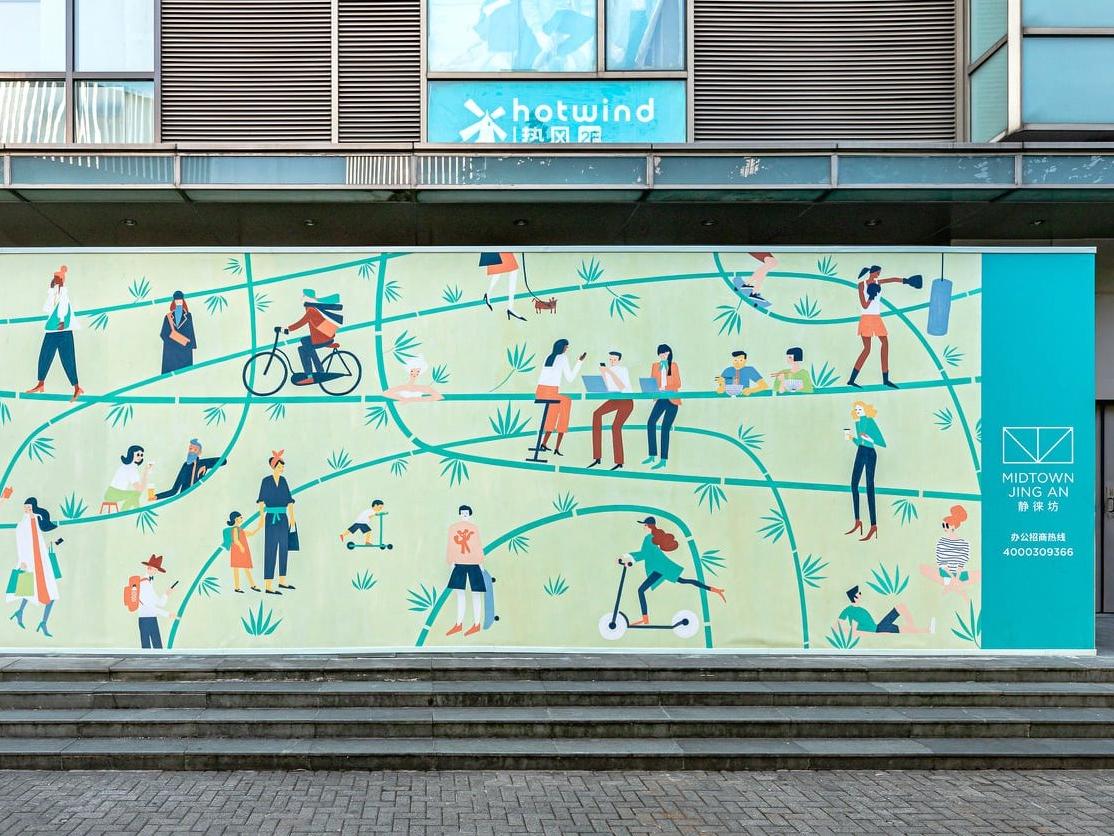